According to UNESCO, the Komodo National Park is home to approximately 5,700 Komodo Dragons, so-named because of their intimidating looks and aggressive behavior. The Komodo is currently the largest lizard on the planet, weighing up to 70kg (150lb) and averaging a length of 2 to 3 metres (or up to 10 medium-sized feet).

A survey conducted by scientists interested in Darwin’s blasphemous theory of evolution showed that these fearsome lizards now prefer the local staple, Nasi Goreng, over the many deer, monkeys, rats and buffalo who share its habitat. Most of today’s dragons live in the vicinity of the numerous canteens the park rangers have set up on the islands of Rinca and Komodo. There they are fed, like millions of Indonesians, fried rice for breakfast, lunch and dinner. Komodos spend the hours between meals lying flat on their bellies, occasionally smiling when photographed by the many tourists that interrupt their digestive process every day.

As in the case of Luis Suarez, Uruguay’s most famous vampire, the Komodo Dragon was for-long judged severely on account of the bacteria in its mouth, capable of mortally infecting its victim within days of an attack. Today, however, (like Suarez in Barcelona) it peacefully coexists with the park rangers and tourists, making a live Komodo as docile as a dead one. According to local rangers, it will at best get up from its place of slumber after months of starvation, which occurs prior to the arrival of a National Geographic team or Sir David Attenborough. 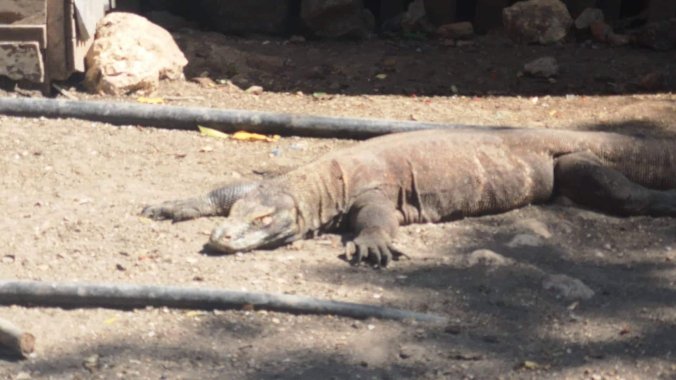 Still, one ranger added, with blue screens, green screens and digital animation, this rarely ever happens anymore, as one action-filled documentary footage is recycled over and over by different producers, often simply flipping the images to fool the viewers into believing they are seeing never-before-seen footage. Scientists have therefore concluded that while the lizards are unlikely to grow in length, like Mexicans, they will probably evolve into more obese beings.

Lastly, the survey also showed that when given the option between Mie Goreng -fried noodles- and Nasi Goreng, the dragons were more inclined to go for the rice dish, and that a fried egg on top went a long way into getting them to look happier in selfies. 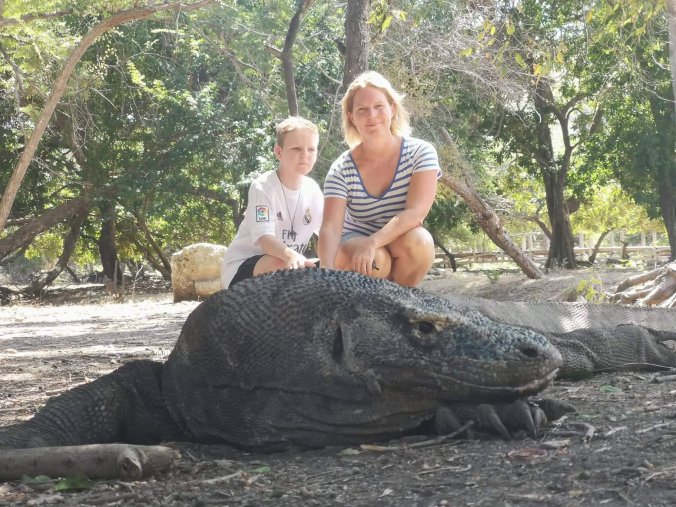 Many thanks to AJ Rush for allowing me to use her very good pictures for this post.