It’s not easy to name a boat. Much thought goes into it, akin to naming a child. In this scene of The Simpsons, you can get an idea of the process, but I have yet to come across a similar source of inspiration for naming a boat and so, can only share my thought process with you.

Superstition and tradition aside, one should consider the following five questions:

If you don’t plan on going abroad you can almost chose any word in your dictionary, country map or yellow pages, provided you consider the questions below. However, if your intention is to sail beyond your maritime boundaries, be considerate of differences in languages, accents and possibly offensive or ridiculous names. A fail that comes to mind is Mamada, which in Mexico refers to oral sex or an absurd statement. This vessel was recently anchored in Labuan Bajo, Indonesia, so not at risk of being bullied by Mexicans for the time being.

2. Is it easy to understand when pronounced on the radio?

VHF radio is still the primary means of communication at sea. It is used between vessels in proximity of each other, by the harbour master, navy, coast guard and other authorities, by marinas and even ship chandlers and shore-side restaurants. Anyone who has ever used a walkie-talkie (which, by the way, the French, who don’t like to corrupt their language with anglicisms, refer to as talkie-walkie) or simply seen a movie or show where police communicate with radios, knows that the clarity of speech is highly degraded.

For VHF to be audible, it is necessary for the antennas of the transmitter and receiver to be in sight of one another. As such, vessels place them atop of their masts and coast guard stations, on hills or buildings. Distance, quality, age and power (watts) of the radio will play an important role on clarity. Therefore, avoid choosing a name which is only audible in your own language or is comprised of numerous words. You will lose valuable time and possibly the receiver’s patience if you have to pronounce your vessel’s name several times before he or she finally gets it.

In the Sea of Cortez, I came across a yacht called Taw & Torridge. Aside from being a name more appropriate for a law firm, imagine a non-Brit trying to understand this over the VHF. The owner of this yacht is a really nice guy and I mean no disrespect by using this name as an example.

3. How long does it take to spell it out?

Though VHF is pretty easy to use, the frequencies available for communication are limited and it is important that users avoid having long conversations over the radio, in particular over channel 16, which is the international emergency and maritime safety frequency. Long and complicated names not only add unnecessarily to the duration of a broadcast, but also pose a safety risk when they involve a vessel in distress. A receiver can request that a word not understood be spelled out using the phonetic alphabet. If you are not familiar with this alphabet or do not have it glued to your chart desk, it may be a while before you find it or you might end up inventing alternatives and having to spell those out too. But having a complicated name also has the potential to put those trying to assist you in a predicament. Imagine a scenario where your boat is taking water 100 nautical miles offshore and your only means of reaching the coast guard is by having one, two or three vessels relay your message to them. In such an instance, your creative impulses are now imposing the burden of mastering the phonetic alphabet onto others.

One of the coolest, cleverest names I’ve come across is Tequila Mockingbird, but I would hesitate giving my boat this name for the following reasons: Aside from combining two words, it uses all the vowels and eleven consonants. Phonetically, this is what it translates to:

And you still haven’t gotten to stating the nature of your emergency, described your vessel or whether you intend to abandon ship or not.

4. Is the name very common?

There are names that keep popping up, whether in the Pacific, Atlantic, Mediterranean or elsewhere: Freedom, Destiny, Serenity, Carpe Diem, Compass Rose, Second Wind, etc. If you’ve been to more than one marina, you know which ones they are. It seems that in an effort to abide by the previous recommendations, imagination has been annihilated. There are two immediate risks associated with this apathy. The first is that in a distress situation, if a call sign, MMSI number or registration number, flag and/or description of the vessel has not been duly noted, authorities who only have a name to go by may end up looking for a vessel that is quite distinct to yours.

The second risk is that vessels have a tendency to accumulate debts in the ports and marinas they visit, either with port officials, crew, fuel suppliers, yard workers, etc. These debts follow the boat and not necessarily the owner. In legalese, we call them liens, and anyone considering to have a valid claim may ask a judge to issue an order for the arrest of such a ship on entering the harbour. With a common name, it may be just a matter of time before you get mixed up in something completely unrelated to you. While you may deem yourself honorable and innocent, depending on where you are, it could take plenty of time and money (legal fees, bribes, etc.) before you are allowed to continue on your marry way.

5. Does the name mean anything to you?

Can you imagine Pink Floyd as Screaming Abdabs, Depeche Mode as Composition of Sound, Led Zeppelin as The New Yardbirds or Nirvana as Fecal Matter? Like rock bands, you will probably be asked more than a couple of times where the name of the boat comes from or what it means, so it would be wise to have an idea, even if not an eloquent answer. As in their case, you are certainly entitled to repent and change the name, but this may entail both paper and paint work, money, or simply be so cumbersome that you abandon the idea altogether.

I decided to name my first boat Balian, after a quiet, friendly beach in Bali where I spent a month assimilating the death of my best friend, Alejandro Furlong, a.k.a. Sacha Mandinga, who died of a brain tumor just two weeks after catching his last wave in Lombok. In Balinese, Balian also refers to a healer or shaman. 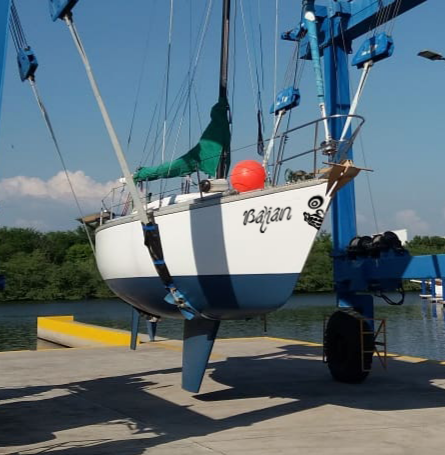 13 comentarios en “Before naming your boat, ask yourself these 5 questions” 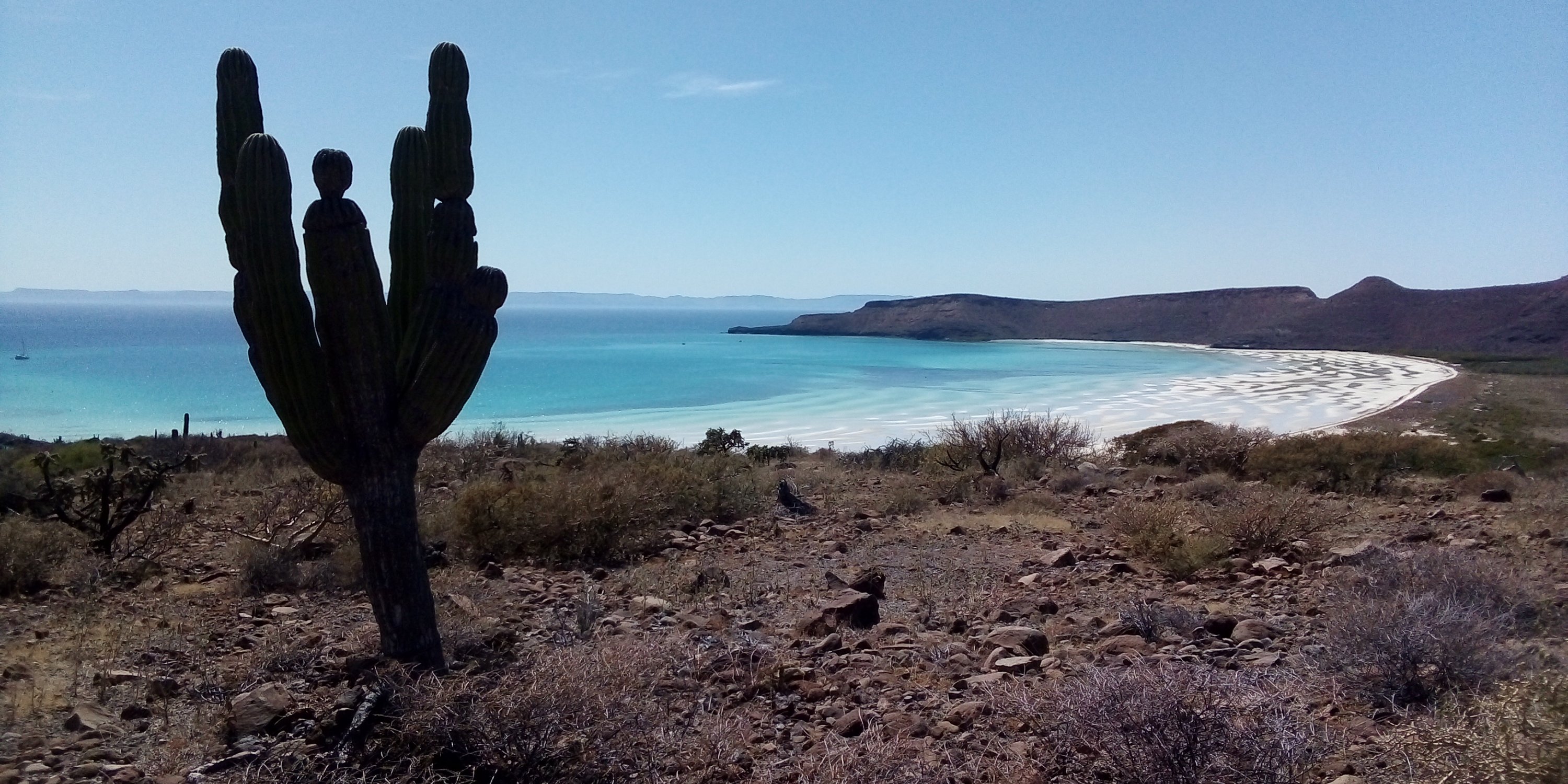 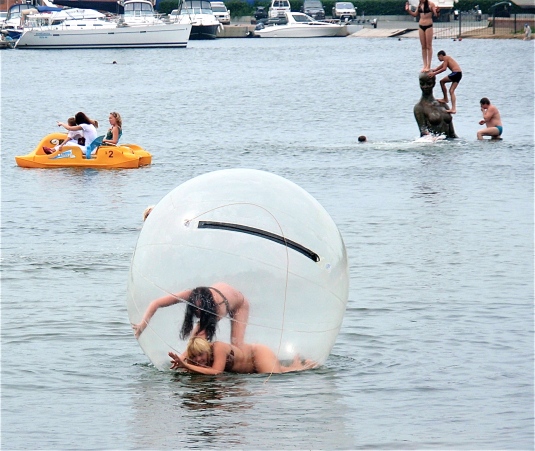